A unique and often dangerous perspective of waves 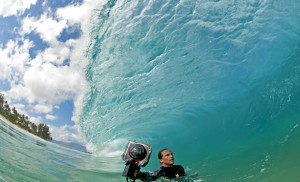 Award-winning photographer Clark Little who was born in Napa, California in 1968, grew up on the North Shore of Oahu (Hawaii) which dramatically changed his future. He made a name for himself by being able to survive closeout shorebreak waves.In 2007,after his wife wanted a photo of the ocean to decorate the bedroom wall, Clark founs a new ability and passion to capture the extraordinary beauty of the shorebreak. 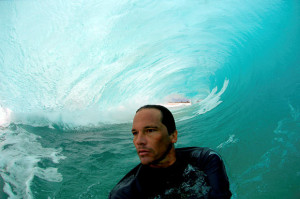 “Clark’s view” is a unique and often dangerous perspective of waves from the inside out, captured in photos for all to enjoy from the safety of dry land.
In a short time, Clark has gained worldwide recognition for his North Shore shorebreak wave photography with exhibitions in Japan, Brazil and throughout the US and appearances on television shows including CBS Evening News, Good Morning America, The Today Show, Inside Edition, Discovery Channel, ABC World News Now, and NHK and Asahi TV programs in Japan.

See the Film Trailer – The Shorebreak Art of Clark Little below: