For the Love of the Game of Water Polo

He loves water polo. He is the Chairman of Western Province Aquatics Water Polo and the Head of Water Polo at Reddam Constantia, coaching the junior boys and senior girls. He is ‘Mr Water Polo’ and his name is Grant Mackenzie. Amanzi Mag had the pleasure of sharing a coffee with him and chatting all things water polo in South Africa.

Grant played school tennis and water polo at St Stithians. Both at a competitive level until matric. He chose to invest his passion in his first love – water polo. He played for both Gauteng and S.A. Schools. In his post-matric year he coached Saints.  He subsequently joined Stellenbosch University’s 1st team and coached their ladies 1st team. And then when ‘life took over’ he started playing socially and sharing his wealth of experience with Western Province’s aspiring talents.

The latest in School Water Polo

Did you know that water polo is the fastest growing sport in South Africa? “At a school level it is still competitive, as parents are still investing in their children’s games. That way we can send our best sides overseas to train and compete internationally,” comments Grant. 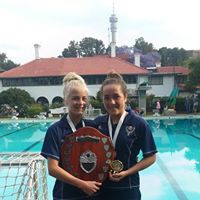 In terms of Senior girl’s schools, Stirling have just shifted off the top of the log and St Stithians have taken their place. St Stithians remain the side to beat. Eastern Cape teams from Pearson and Stirling are however hot on their heels. Although as a layman, it seems that this is quite fluid and can change super quickly. Reddam Junior teams are on top form, recently claiming two golds and two silver medals. This bodes well for their senior school’s pipeline.

In boy’s senior polo Rondebosch Boys have been the dominant side for over a year. “It’s good to see SAC’s, Clifton and St. John’s coming up through the ranks and keeping the games highly competitive and nail-biting.”

Regrettably S.A. water polo lacks financial support and is mostly self-funded. This may explain their lacklustre performances in the recent FINA World Championships in Budapest. Most of the funding is allocated to swimmers as they tend to bring back the medals. That is why SASCOC don’t send water polo to compete in the Olympics either, according to Grant.  This is a chicken and egg scenario as surely if more investment was made, more medals would be forthcoming? Grant agrees: “For SA players an average tour costs around R30 000 and they have to pay for themselves and for administrators to accompany them.” 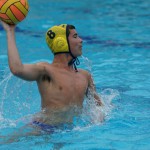 Grant continues: “Swim SA has been good to SA water polo in the last 4 years by sending teams overseas. Demographics are also a problem as players are geographically spread and can’t all train together. If there was funding for the tours, then the teams could train together.”

“Swim SA and SA Schools are linked but separate bodies. Steve La Marque has just been elected to the SA Schools body and we hope for a positive spin-off when he officially takes over,” maintains Grant.

Water polo still a predominantly white sport. This is mainly due to a lack of deep pool facilities at school level. The City of Cape Town used to fund a development programme where children were bussed to Reddam. This was very successful, however there are several pools out in Belville, affording kids the opportunity to learn to swim and play water polo closer to home.

Grant takes a group of kids overseas every year to expose them to international-level water polo. This year he took a 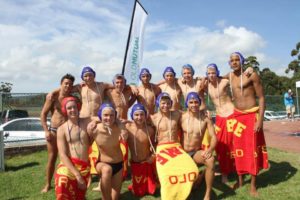 group to Serbia, the top teams in the world at all levels. Next year he plans to take a team to Italy to train at various camps. He also runs a self-funded development programmes in Khayelitsha, Hanover Park and Blue Downs – however these Aquatic Centres have pools that cannot accommodate water polo tournaments, as they are too shallow. “I travel to Zimbabwe about once a year and train some squads up there.” According to Grant, schools such as Hellenic, Chisipite and St Johns are all faring well. One of the top girls from Chisipite, Chelsea Karimazondo, has just secured a scholarship to Arizona State as a water polo goalkeeper. Watch Chelsea in action here.

To be a top Water Polo Player?

Time in the water. According to Grant this is the best advice. “You also need a decent swimming background, be able to tread water properly and have a good pair of legs.” He maintains that treading water is a life skill. Many people cannot tread water, and this accounts for so many more drownings in South Africa. It’s not an expensive sport in terms of gear required as all you need is a costume. However, if you want to play and compete in tournaments the average school child will spend about R20 000 a year on tours.

• The number of girls and boys are starting to equalise at school level.
• There is some steady growth along the Garden Route towns, like Knysna & Sedgefield. This trend is linked to more private schools opening in that region.
• Growth in the sport is also being seen in the Northern Suburbs among the Afrikaans Schools.
• An ongoing trend is the shortage of trained referees and coaches. Western Province Schools do run coaching clinics and referee courses to put more people onto the circuit.
• The other limitation is the right facilities and infra-structure. You need a big deep pool. So, growth of the sport is often limited to the Southern Suburbs. 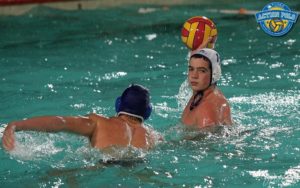 There have been some engaging and fun water polo events emerging that generate great spectator value, awareness and sustained interest in the game. The masters water polo team play in the flooded Hillcrest Quarry. Oakhill School in Knysna sets up water polo goals in the Knysna lagoon. And the V&A Waterfront has water polo festival in the harbour annually.  Grant adds: “We run an Action polo league with girls and boys in mixed sides. It’s much like T20 cricket – more action, faster, more goals and very spectator friendly.” 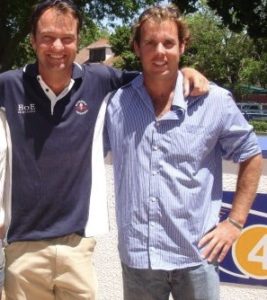 He established the Water Polo Academy in 2010 with Paul Martin. The Academy operates from both Cape Town and Durban. The Academy specialises in small group training and focuses on developing athlete’s individual skills, strength and basic understanding of the game. “We target from entry level in Grade 1 all the way to matric. This is for kids who want an edge, more specialised training and more time in the water.”

Grant also owns the South African rights to Turbo swimwear catering for triathletes and water polo players. Turbo is a Spanish owned and family-run company that literally operates from a small garage in Spain and supplies globally.
He recently launched the Turbo Trust Fund which aims to raise funds for players and officials to get to tournaments. This passionate sportsman is dreaming big and has a vision to build an indoor aquatic centre. “There is currently no independent indoor aquatic centre where we can practice swimming and Water Polo all year round.” Watch this space.

In the immediate future he is preparing his Western Province girls U19 team for SA Schools 8 – 12th December in Port Elizabeth. Last year they came second, so they are aiming for gold this time round.

Grant exudes pure passion for the sport of water polo. His approach to coaching is to: “Keep it simple and stick to the basics”. Grant believes that practices need to be structured, simple and have a focus. At the end of every practice, make sure you have achieved what you planned. “If you fail to plan, you plan to fail.” 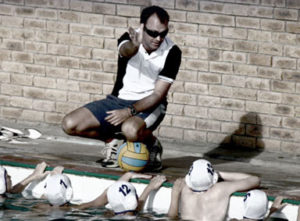 Amanzi will keep in touch with ‘Mr Water Polo’ who is a dedicated champion of the sport. We will be sure to bring you more of the latest in this rapidly growing and popular sport.

Winners will be notified on the Amanzi Facebook page on Friday, 15th December. 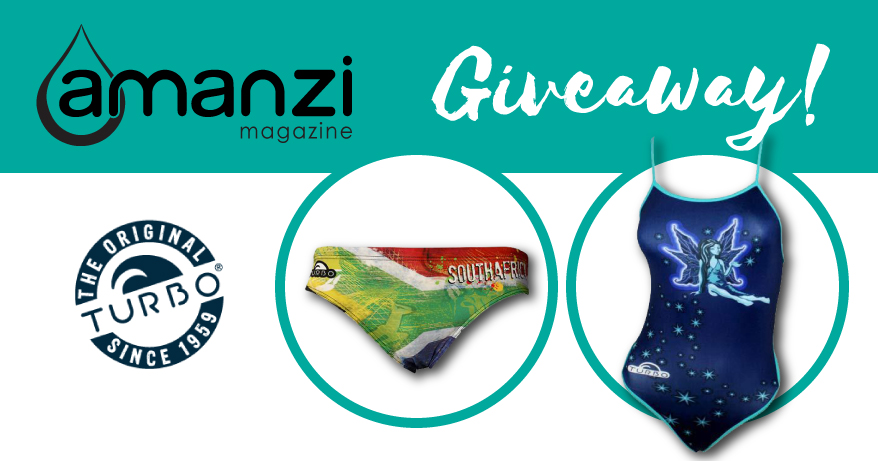