We had the pleasure of interviewing our local ocean entrepreneur and activist Frank Solomon – an international pro surfer, lifesaver endorsed by various brands and founder of the Sentinel Ocean Alliance. 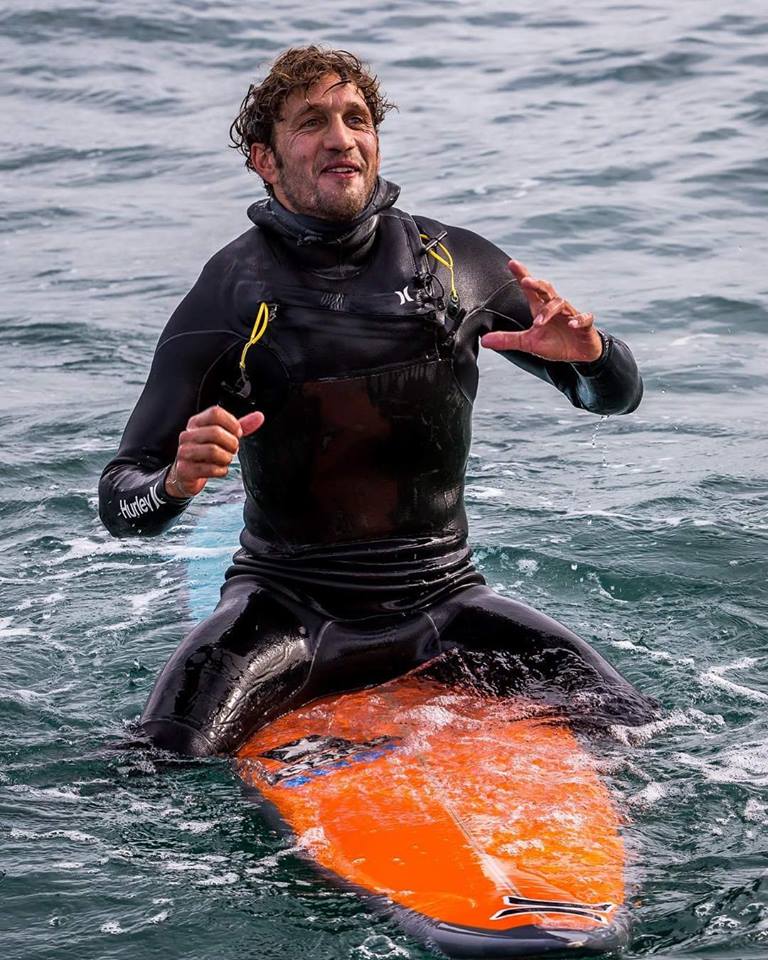 Want to tell me a little bit about yourself?

I grew up in Hout Bay, in Valley Road – lived around here my whole life. Went to Krenendal, Camps Bay High then started life-saving. I have been surfing since I was five years old – my dad ran a program in Llandudno. My life pretty much revolves around the ocean.

So, your parents are both into the scene?

My dad was a dive instructor, surfer, and life saver – so yeah, also involved with the ocean.

What would you say your main area of competence is?

Surfing is my profession – that’s how I make my living. I still do lifesaving – but yeah, surfing is my main activity.

Where do you usually surf?

All over the world hey. I love Llandudno because it’s my home you know, it’s always nice to come back, see old friends and surf. 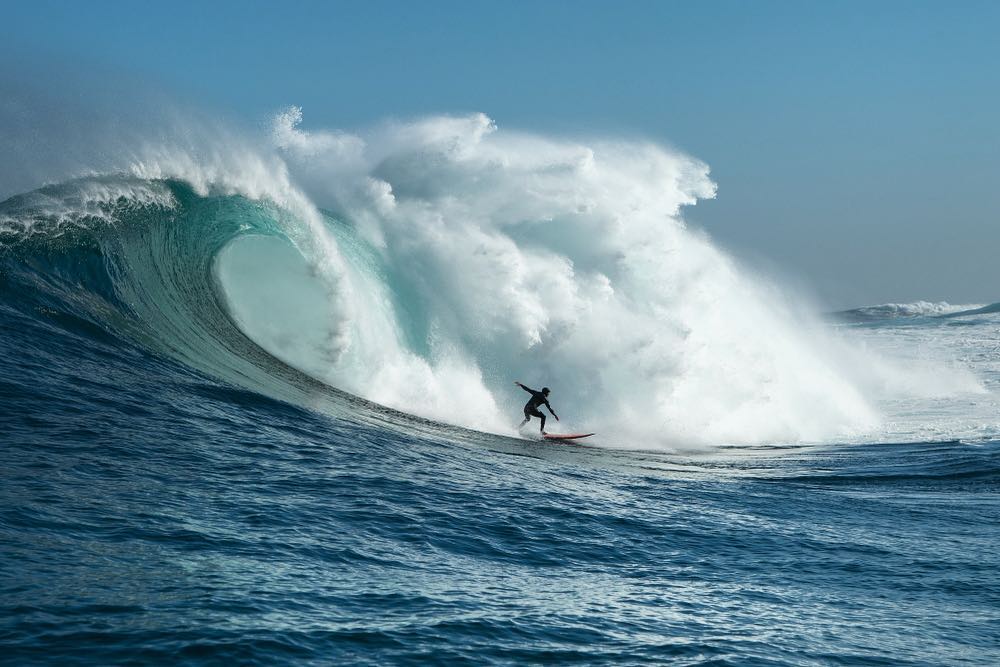 Tell me a bit more about life-saving?

Lifesaving is a big part of my life. I’ve been competing in life-saving since I was a little kid, so it taught me a lot about the ocean, different sea conditions and made me super comfortable from a young age.

If I wanted to get into life-saving for example, how would I go about it?

Well, it depends where you live, but yeah if you live by the ocean, go down to your local beach and speak to the lifesaving club- if there is- ask to join. It’s a seasonal thing – from October till March – they always want people, so yeah.

What do you think the dynamic is like in South Africa for life-saving? Is it bad, is it good, can it get better?

We have incredible life-guards I think. It would be great if the government got more behind it -right now, it’s all voluntary. No one gets paid to go down there.

Oh really – I thought you got paid as a lifeguard.

The pro lifeguards get paid – but with Llandudno, most people do it for community service. So it would be good if the government got more involved – it’s the perfect way to create jobs and a way to create awareness around the ocean’s problems.

Who pays the pro-life guards?

Depends – the City of Cape Town. The clubs provide the training, then the give a sum towards paying them… But, the city doesn’t really do anything – it’s pretty useless. 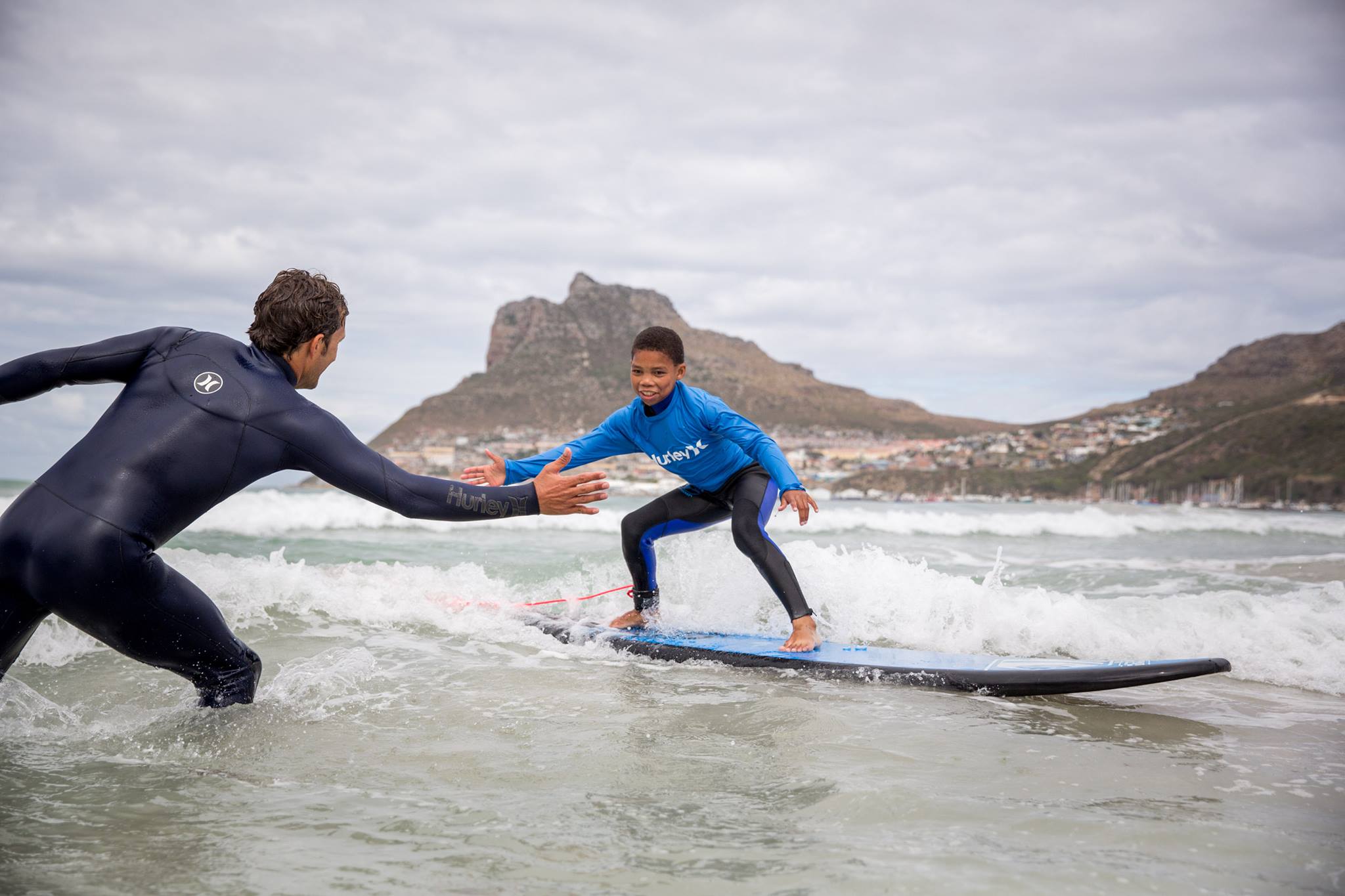 That’s quite bizarre – knowing that we have such strong currents here and public beaches, how can the government not invest in people’s safety? It also is one of our main tourist attractions…

There’s definitely a huge opportunity for employment there. And exactly, I don’t know why – our government is useless.

Ahah… let’s leave that off record!

No, no you can leave it!  I’ve been dealing with them setting up the school in Hout Bay, where we teach underprivileged kids how to surf. There’s a container at Hout Bay beach, on the left-hand-side. We have these kids – we teach them how to surf and life-saving. It’s been going for a year. It’s called the Sentinel Ocean Alliance. Waves For Change is also working with us. We have 50 kids that come every day from the Hangberg and Imizamo Yethu.

That’s a lovely idea. Anything else you want to tell me about the South African community and how surfing and water-based initiatives can help?

It’d be good to talk about the Hout Bay side – I actually just met with the guy from the Sentinel…We had the perfect opportunity here [Houtbay]. We have a poor coloured community, traditionally from a fishing background. We have a black community and then we have rich white people – it’s like a mini South Africa in a little bay. What I’m trying to set up there, is giving ocean-based opportunities to others, like I was given as a kid.

“We had the perfect opportunity in Hout Bay. We have a  poor coloured community, traditionally from fishing background. We have a black community and then we have rich white people – it’s like a mini South Africa in a little bay. What I’m trying to set up there is giving ocean-based opportunities, like I was given as a kid and yeah”. 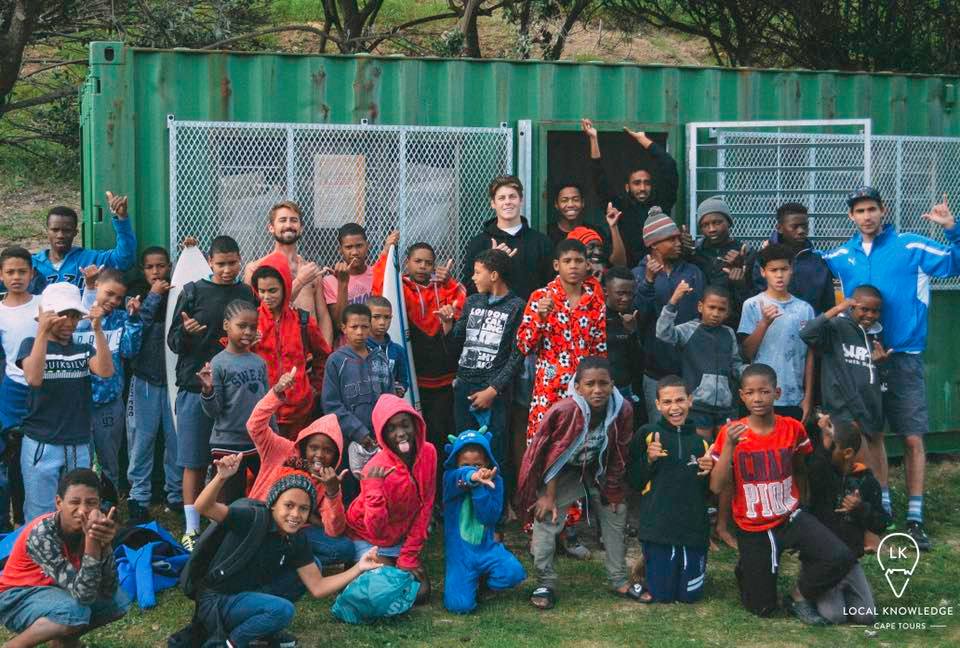 How do you think it’s working, in terms of integrating cultures and debunking that typical ‘blonde-blue-eyed’ surfer stereotype?

Well, we don’t have any white people – you should come down there! On a Friday it’s only girls. We have like 50 girls and what’s cool is that those girls never had an opportunity to get in the ocean and to surf. Even if they don’t peruse it, just the fact that they had the chance to go into the ocean is pretty cool.

Who provides the surfboards?

We do- we provide everything.

What are the age groups usually?

Like 13-12 – it’s pretty epic. I think everyone needs to do something because the government isn’t doing anything.

In terms of environmental awareness, what do you suggest young and aspiring surfers do? 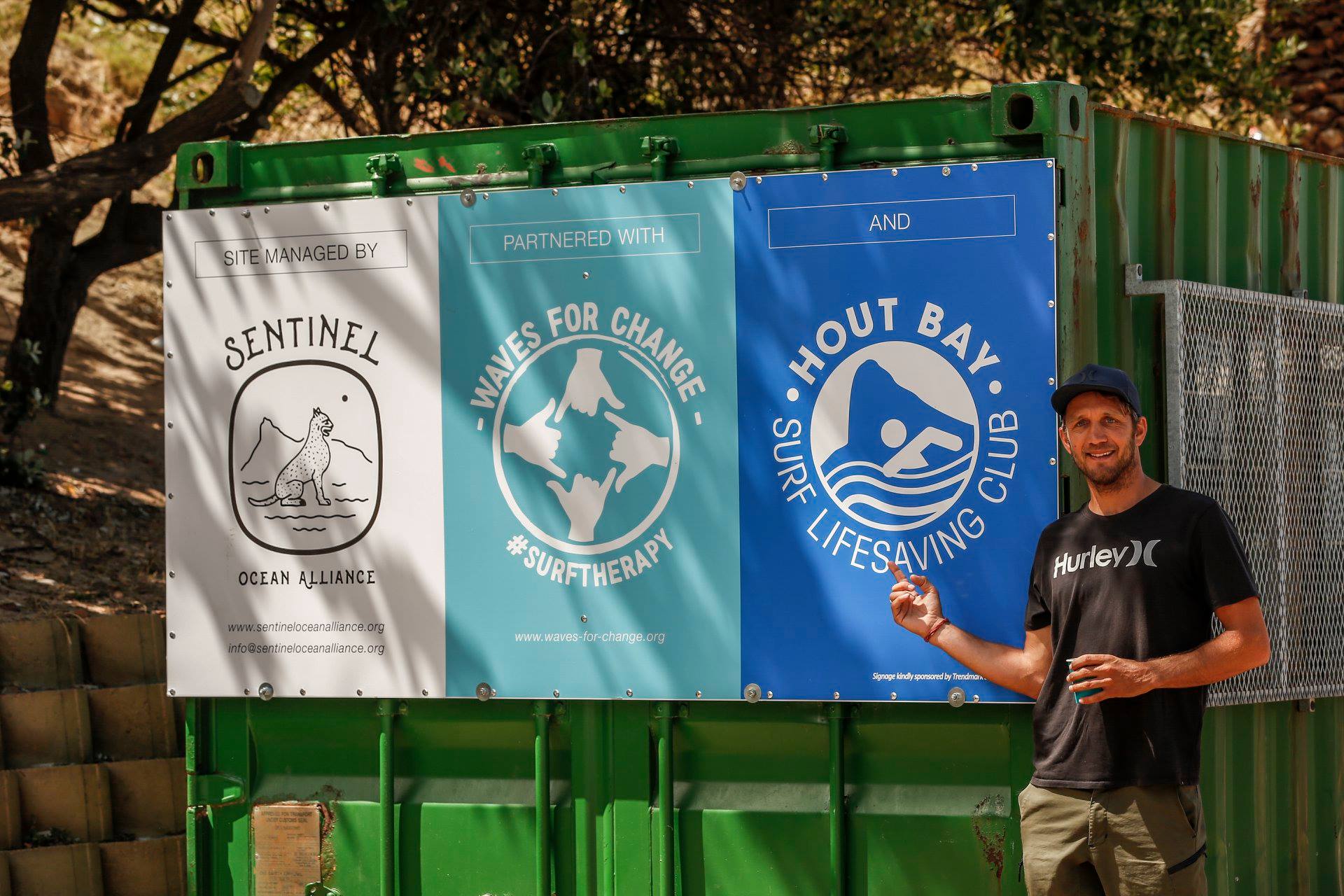 What do you feel the situation is in South Africa right now with our sea animals – which ones are more endangered?

It’s really bad – I just did a trip from Durban to Cape Town with Corona, trying to raise awareness on marine plastic pollution…dolphins, turtles, whales – they are all heavily affected by plastics, especially marine plastics. And.. yeah, people need to pick up their rubbish.

I guess humans are very wasteful by nature – which is the problem.

It doesn’t have to be over complicated – if you see something on the beach just pick it up. People often think that their individual contribution isn’t going to make a difference – but if 7 billion people picked up a piece of plastic every day, then that would make a huge difference.

Well, from that point of view, I’d be cool if people became more conscious of the fact that we have a problem with plastic. Most of the stuff that you just throw away and buy from the store lands up in the ocean. So if you go buy a reusable coffee cup or water bottle – you know it’s the small things that make a big difference. 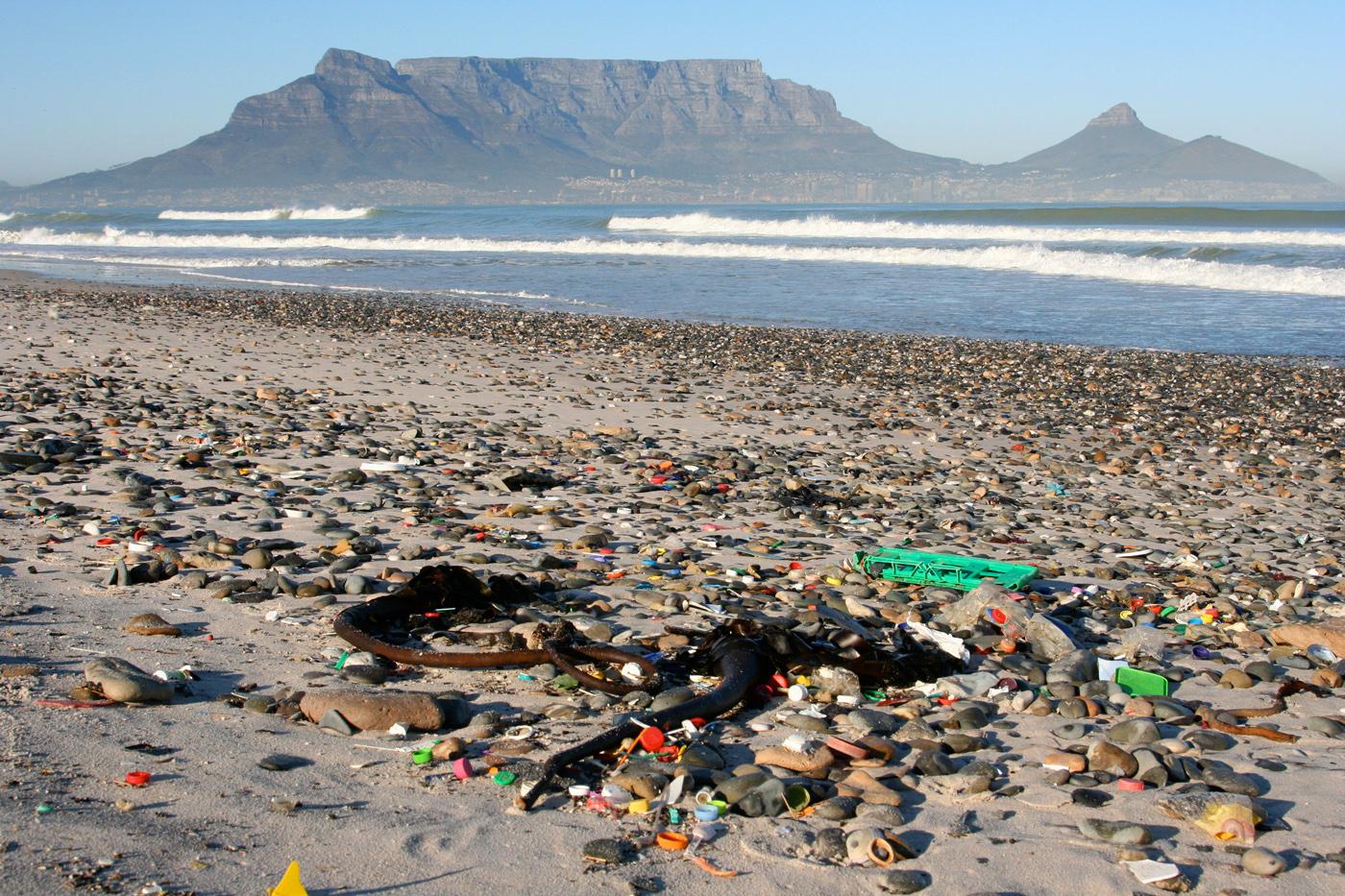 AN ARTICLE ABOUT THE OCEAN SENTINEL ALLIANCE WILL BE COMING UP NEXT – STAY TUNED.