We sent our Amanzi detectives to check out two of Bucketlist’s water-based adventures packages. 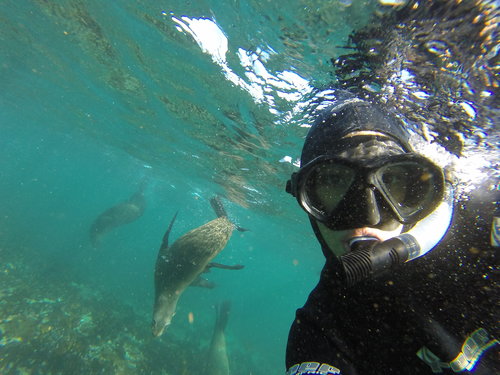 Bucketlist is a Cape Town based adventure business. The team members are local and lekker –  the Bucketlist team is genuinely passionate about their water-job and delivering the best quality service.

First, we did: KAYAKING IN HOUT BAY

Then, as the temperature rose towards midday, we did: SEAL SNORKELING BY SEAL ISLAND.

Kayaking was our first water activity – we met by Ground Up cafe around nine in the morning.

It was the perfect kayaking time:

Images provided by Bucketlist – can you spot the Amanzi detectives?

We walked to the jetty, where a bunch of kayaks waited for us. Once we positioned ourselves in the beautiful, modern and lime green kayaks, we were ready to paddle away across Houtbay’s beautiful coastal line.

Our first pit stop was by the Seal Rescue and Rehabilitation Center – a marine wildlife rehabilitation center, for sick and hurt seals of all ages. There are various reasons why seals can get end up in the rescue center – but the biggest problem of all, for which we (as the general public), should and must be held accountable for is water pollution. Ranging from chemical substances to plastic waste there is just too much of it, and it keeps endangering the livelihoods of thousands of sea creatures.

Garbage in our ocean not only affects seals – it affects other aquatic animals, which in turn affects the ecosystem as a whole and ultimately, humans as well. 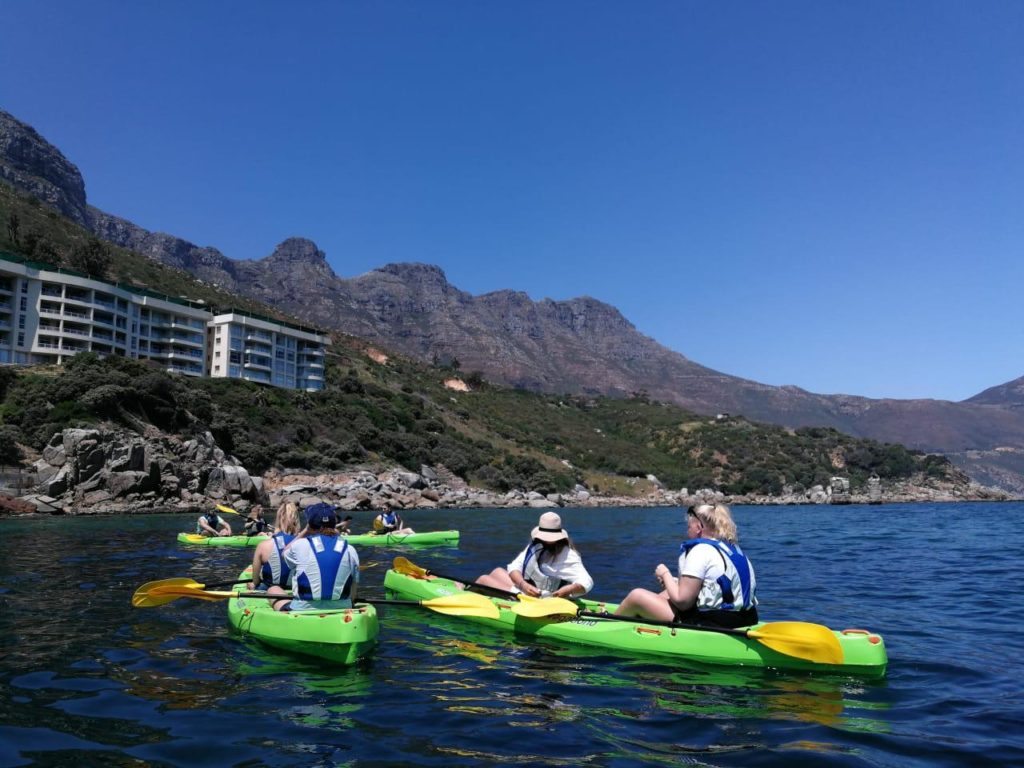 As we paddled across the bay, the guides gave us some insight about what was around us and told us some interesting stories – including narratives behind shipwrecks, old cannons and the iconic leopard statue that stands amongst the rocks, at the beginning of Chapman’s Peak road.

After that, we paddled back to the harbourside and snuck in between columns under the pier. There we were surrounded by different types of mollusks, and other invertebrates like as starfish, crabs and sea snails. 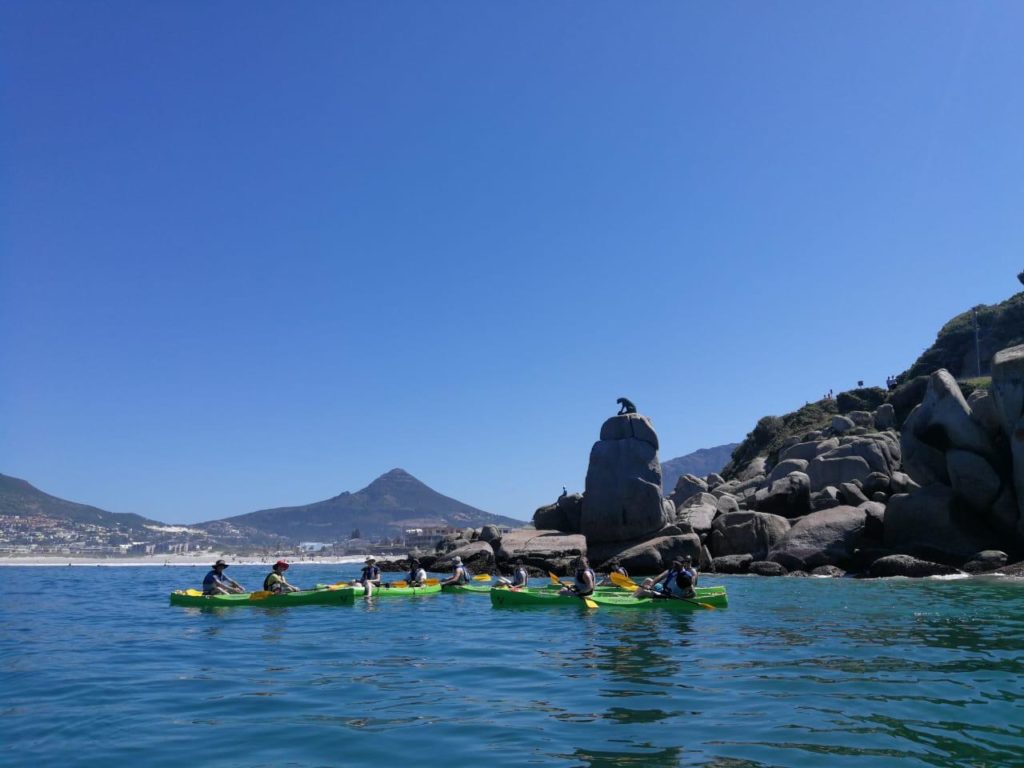 “Seal Snorkeling is one of Cape Town’s most popular adventure activities to do while you are visiting the Mother City.”

Out of the two experiences (whilst them being completely different) snorkeling with seals is enriching at a much more personal level.

The whole excursion,is unlike anything else we had ever done – from putting on a full body ( head, hands, and feet) wet suite, to getting onto a boat with the intention of jumping off into freezing waters, by a rock inhabited by over 15000 cape seals, and a gigantic Elephant seal (an alien seal species, originating from Antartica).

The trip began around 11:00 am at the Boat Yard, just behind the Atlantic Boat Club. Before getting into the water, they asked us a few questions in order to grasp an idea of what our experiences and concerns were. The space they created also allowed us to comfortably ask all types of odd, relevant and irrelevant questions – which is always nice. After that, we zipped up our wetsuits and got into the boat. 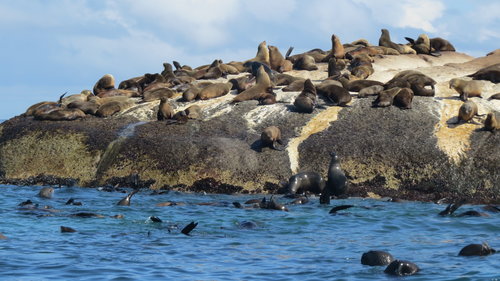 After about 10 minutes, we had arrived. So we adjusted our masks, snorkel and jumped in.

The tranquility we experienced, amongst the wind, freezing waters and hundreds of wild animals was unexpected and awe-inspiring. Plus, seals are ridiculously cute and playful underwater. It’s an experience that we fully raccomend.

Here are some seal facts:

To book a kayaking or seal snorkeling trip check out their website –  https://www.capetownbucketlist.co.za/.