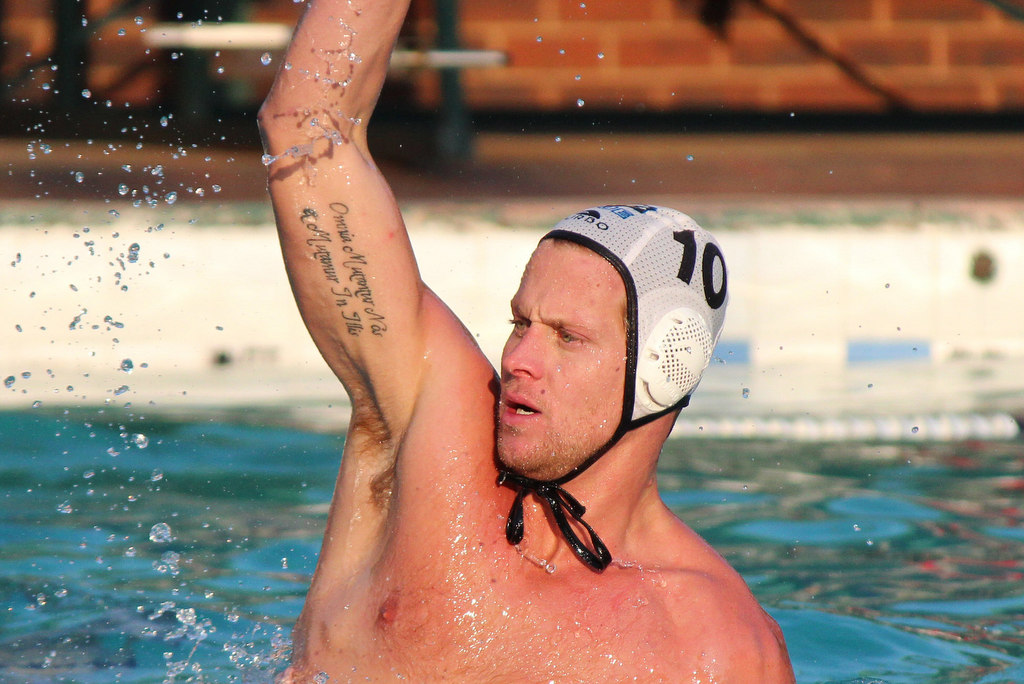 After Malcolm Gladwell, author of the book Outliers, studied the lives of extremely successful people to find out how they achieved success, he wrote that it takes roughly ten thousand hours of practice to achieve mastery in a field. Pierre Le Roux, South Africa Mens Water Polo team captain is the embodiment of this theory. He started playing water polo in 1998 at age 12, was selected to represent Gauteng in 1999 for the Gauteng U14A team and has been selected ever since. In 2001 he was selected as a member of the SA Men’s Water Polo Squad at a mere 15 years of age! In 2003, at age 17, he played his first International game vs. Denmark. Since then, he has represented South Africa 90 times, becoming South Africas most capped Springbok water polo player and the youngest player to represent South Africa. 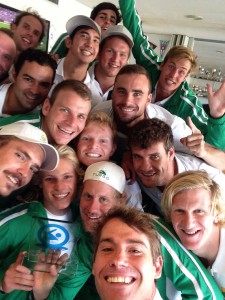 Pierre’s dedication to his sport does not end at his personal player profile. He currently coaches Water Polo at Reddam House, Constantia. He has coached school and provincial water polo for the past 12 years in Johannesburg and only recently moved down to the Western Cape. Added to this contribution to the sport, Pierre is also a qualified FINA referee and has found the time to referee at most major school tournaments, provincial tournaments and at Senior Provincial Level (SA Championships).
One of Pierre’s dreams has always been to play as a professional and to be able to only focus on his Water Polo and no other Job or Studies. He realised this dream when he played for NCA Angerien in St Jean d’Angely, France during the 2008/2009 season.

“I would encourage some time abroad to experience how the other half performs their trade. Training 3 times a day for over 6 hours a day is quite an experience. I was scouted at the U20 World Championships in Argentina in 2005. Even though our team finished 17th, I finished 3rd top goal scorer of the tournament. So some clubs took notice.” 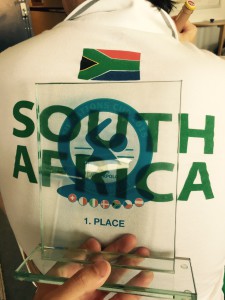 Recalling his first game for South Africa, Pierre said: “My first International game was on an SA Tour to Egypt in 2003, I was only 17 at the time and studying for my preliminary examinations. We played Denmark in the opening game and we won 8 – 7. I managed to score 2 goals in this game. The opening goal on an extra man attack and the equalizer from the hole (Centre Forward) late in the 4th chukka.”

The SA Men’s team were not that lucky this year against Denmark, losing to the hosts of the EU Nations Cup 2015, on the opening night. This was tough on the team. However, the loss did not set them back, as they kept their focus on their goals and bounced backed in emphatic form against the Czech Republic and Ireland the following day.

“In sport your mind set is what usually wins or loses you games. This tour was a tour to have a strong mind set and a belief in attaining our set goals. This mind set I believe, was the difference on the day.”

Pierre captained the SA Team for the first time in 2009 when they went to Montenegro for the World League Super Finals. The top 8 water polo playing nations competed there and they qualified as the African Champions. This year he captained the team again, and has for the first time come home with GOLD from an international tournament. When we asked him if the training and build up to the tournament had made the difference, he had a strong response which could be taken as a message to future teams.

“Every athlete worked hard with their club teams and by themselves to prepare for this tournament. The true secret to our success was however the team itself. Every player had done the hard work prior to departure but when they stepped onto the airplane, they stepped into one team, one unit, and one force to represent their country to the best of their ability. The team vibe was fantastic and every player supported one another regardless of how tough it got.” 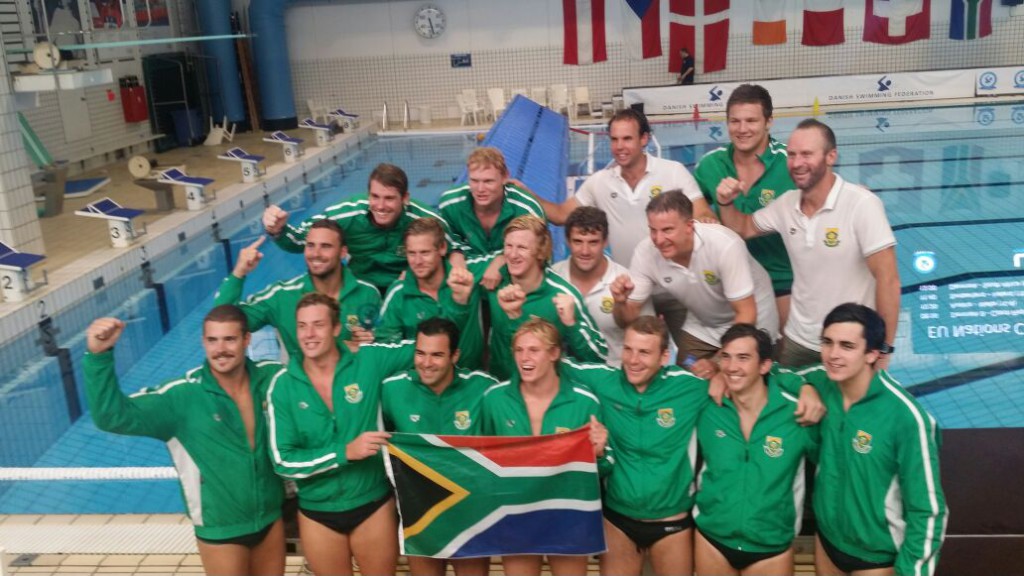 Another positive force which cannot go unnoticed according to Le Roux, was that of the Head Coach Paul Martin, who was fantastic in his positive approach to coaching this winning team. He created an atmosphere where players could express concern and talk openly if they were unsure of what was expected from them. With this type of openness, he created a comfortable place for them all to be a part of one team with the same goals in mind. As a senior player, Pierre, had a quiet confidence in his team even though, with all these types of competitions, one can never be sure what is coming your way. Did they go in expecting to win? With their last competitive game being played in October 2014, the nerves were definitely getting to the players, who did not go into the tournament expecting to win.

“The turning point came on day 2 of the competition, when we said enough talking and time to show.”

With this first win for the SA Men’s Water Polo team there is hope that the publicity and coverage of this success will raise the awareness of the sport within South Africa.

“The sport is desperate for some corporate sponsorship, to help fund and guide our teams to more success. South African’s can overcome any conditions as long as the country supports them. In this sport, the Water Polo community loves and supports all their teams. When we achieve, everyone celebrates. Hopefully we can take this sport to a level where the entire country can celebrate. Some companies have given support to the National Players, GL Sports and USN has been fantastic with sport apparel and supplementation sponsorship. To really get the sport growing though, continued partnerships need to be made and we hope that we can secure these in the near future to allow the future generations and future gold medals to be enjoyed by all South Africans.”

“First, pass and shoot every day. If you are not doing at least 30-45min of passing and skill development drills followed by at least 150-200 shots a day. You will never be able to reach your full potential. Second, never underestimate the importance of the gym. Strength training, conditioning, injury prevention, flexibility, agility, balance, etc. all need to be developed in the gym as well as in the pool.”

Notoriously known as one of the toughest team sports, but undoubtedly one of the fastest growing sports today, South African water polo has shown itself. This sport that takes the speed of hockey, the focus of soccer, the strength of boxing, insane amounts of agility, all while treading water is on the rise so visibility of water polo on the sporting stage must increase. The sport is desperate for some corporate sponsorship, to help fund and guide our teams to more success.
This week, our South African Mens water polo team returned with the Gold medal from the EU Nations Cup. These men are our heroes who have dedicate years to being in the condition to compete on the international stage.