On a beautiful Winter’s morning, Amanzi Mag met with some of the surf coaches at Waves 4 Change – our surf therapy community programme. The venue was not the typical surf spot, instead, we met at Monwabisi Beach. We chatted to these inspiring guys who have turned their lives around through surfing. 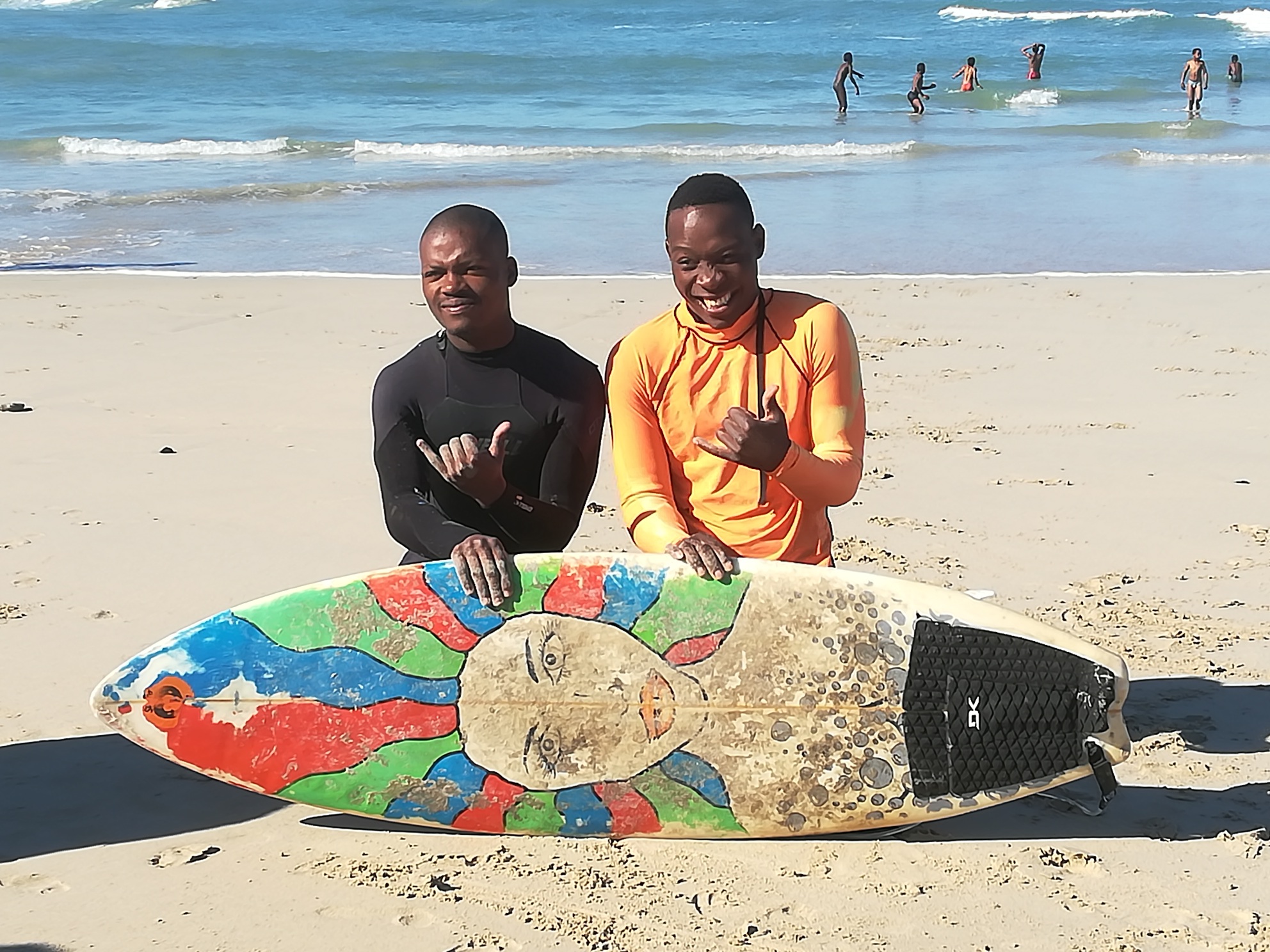 From a Life of Gangsterism

Lwandile and Kanyiso are both 22 and live in Kuyasa Township off Baden Powell Drive. They first encountered the idea of surfing when the founder of Waves 4 Change (W4C), Tim Conibear, visited their school. This was just 6 years ago. They were self-confessed gangsters at the time. They vandalised property and were engaged in knife fights with rival gangs. Life had taken a wrong turn for them.

Initially, they weren’t keen on the concept they considered to be a ‘white peoples sport.’ Despite their reservations, they meandered down to the beach and watched a few others frolicking in the surf. Four weeks later after learning to float, then to swim, they were standing up on their boards. And they felt the stoke and were hooked. 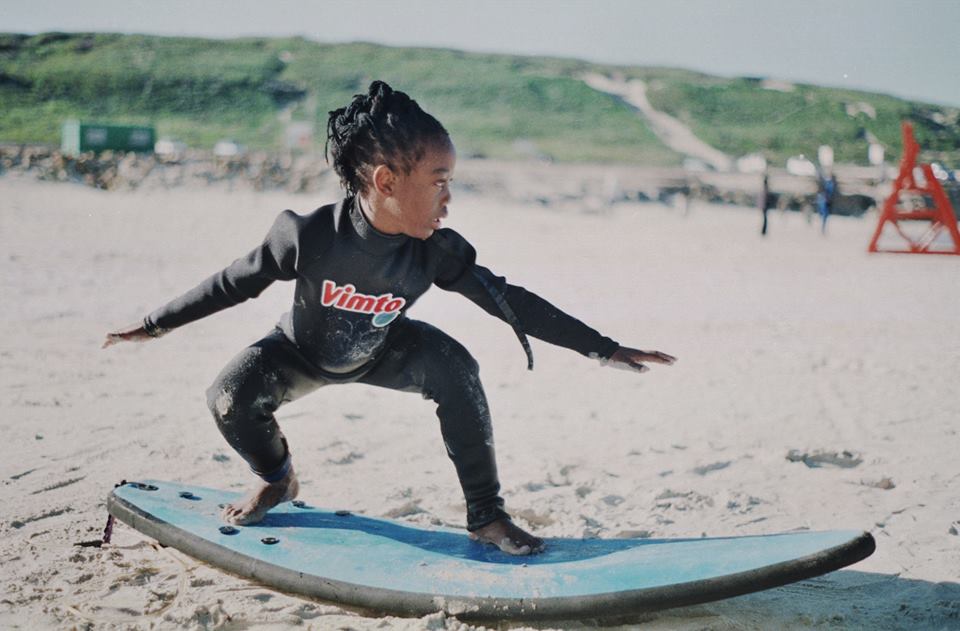 Graduating to a New Life

After graduating from the one-year Waves 4 Change surf therapy programme they became coaches and then lifeguards. Lwandile started lifesaving at Monwabisi, Muizenberg and Camps Bay. W4C helped all these coaches throughout school through the provision of laptops, mentors, and tutoring and they all passed Matric.
The programme also opened the door to the University of the Western Cape for Lwandile. He attended 1 year at the University but regrettably had to discontinue his studies due to financial constraints. He remains so positive and illuminated about his future and has aspirations to open up his own Beach Shack to fix old surfboards and resell them.

And then we met Luxolo who also joined the programme in 2012 after the same school talk. He is another shining light of inspiration. He is now studying Sports Management through a Laureus Foundation bursary.

So much more than Surfing 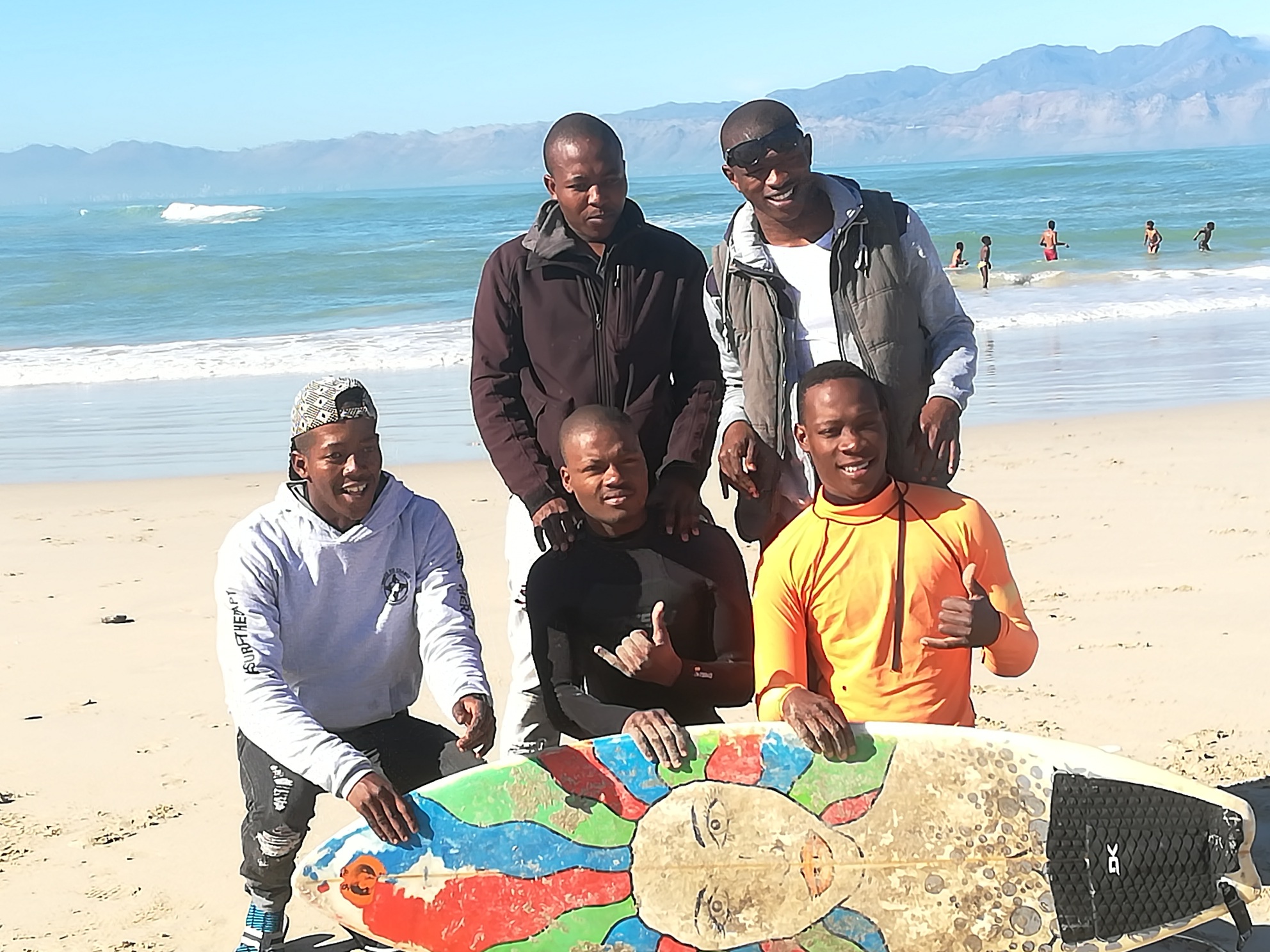 When I asked the group of coaches how they had benefited from the surf therapy, some of the answers were so uplifting.

Lwandile shared: “Surfing allows me to refresh my mind and it’s a great way to de-stress. We come together as a group and share what is happening at home. Surfing is like the great escape – we leave home and spend the day surfing. We love it so much that we don’t want to get out of the water. It’s built huge confidence in us.”

Learning to swim was a major achievement for Luxolo. “The others at home saw the change in us and wanted to join us – and their parents wanted them to join us. What we learn here, we can teach others. W4C is so much more than surfing. We have learned skills such as time management, coping skills, communication, decision-making skills and most importantly that poor decisions have consequences.”

The Pure Joy of Surfing

There was a palpable collective joy and sense of belonging we could feel amongst the group of guys. Their love of surfing and life was written on their sunny faces and evidenced in their ripped physiques. They were thrilled that their beach – Monwabisi – has become a safer place with lifeguards and many community members now swim and watch the surfers – their heroes. 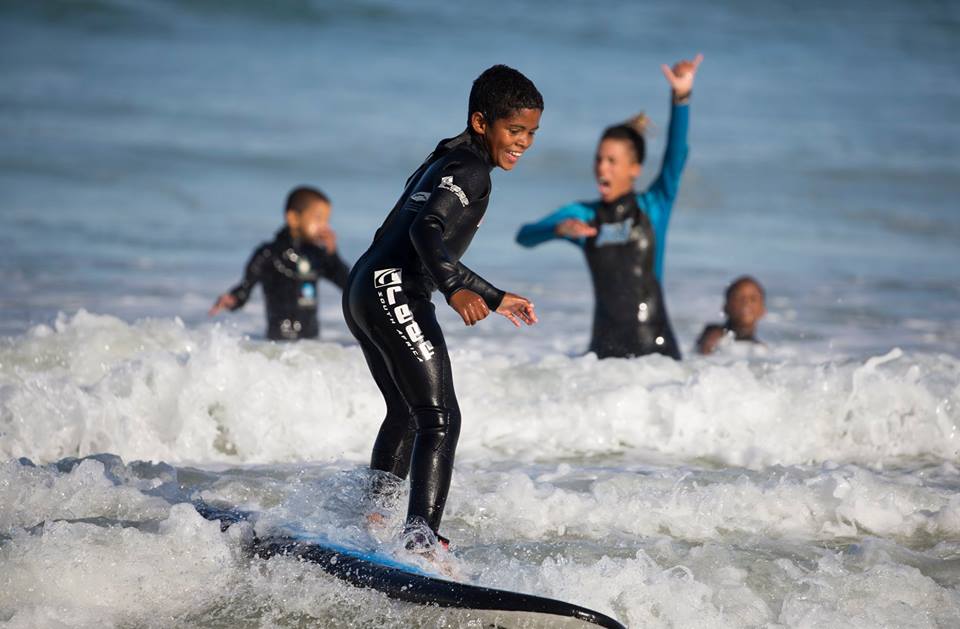 There is no doubt that W4C is making a huge impact in their lives. From an informal group of 15 children attending surf lessons occasionally in 2011 to an average of 537 children receiving weekly evidence-based surf therapy sessions in 2017 – we are proud to be associated with this incredible organisation. To meet the young beneficiaries of their programme has been even more rewarding. 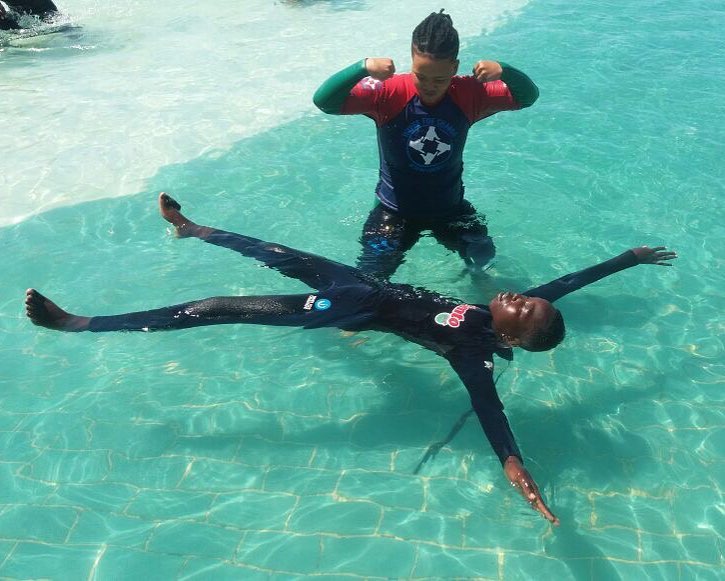